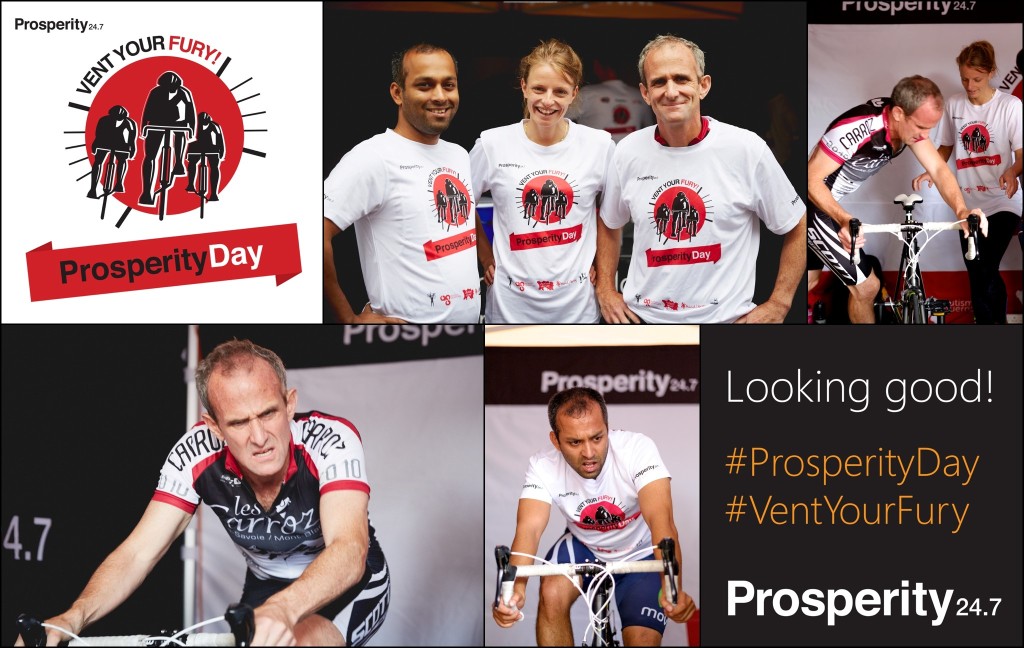 Prosperity Day was the culmination of two significant fund raising activities, the first was a pan Channel Island cycle – the ‘Figure of Gr8’ – which saw twenty two people from the Guernsey Rouleurs Cycle Club cycle the perimeter of both Islands, notching up 160km per person in a single day.

The second was – ‘Vent Your Fury’ virtual Tour de France – which provided an opportunity for corporates to compete ‘head to head to head’ on a virtual stage of the Tour de France leveraging innovative technology from Bkool and Prosperity 24.7. This latter event was deemed ‘high risk’ as Prosperity had absolute dependencies upon the power and wi-fi infrastructure in a public space in St. Helier. JT ensured Prosperity 24.7 had access to the fibre network, Sure provided 4G back-up and local businesses provided diverse power feeds which ensured that the day ran ‘trouble free’ – despite the weather!

At the moment it appears that the entire event has raised £17,247 which will be shared equally between three Channel Island charities – Autism Jersey, Autism Guernsey and Mind Jersey.

The winning team from the ‘Vent Your Fury’ virtual Tour de France was Bedell Group who topped the table on the heat races, having cycled 10.6km in 30 minutes (up the Col du Tourmalet with an average 9% climb). In the virtual velodrome final they also cycled four laps more than their two competitors with an average speed in excess of 40km throughout, simply incredible.

All race stats and images of this community event are available at www.prosperity247.com under the ‘Prosperity Day’ menu option.

The race day results are as follows:

Statistical information for each team is available at: https://prosperity247.com/prosperityday/team-performance/

A special note of gratitude needs to go to Rob Vaudin for organising the ‘Figure Of Gr8’ and EY who, as a team, raised the most money for charity. The total positive impact regarding the day is outlined below: 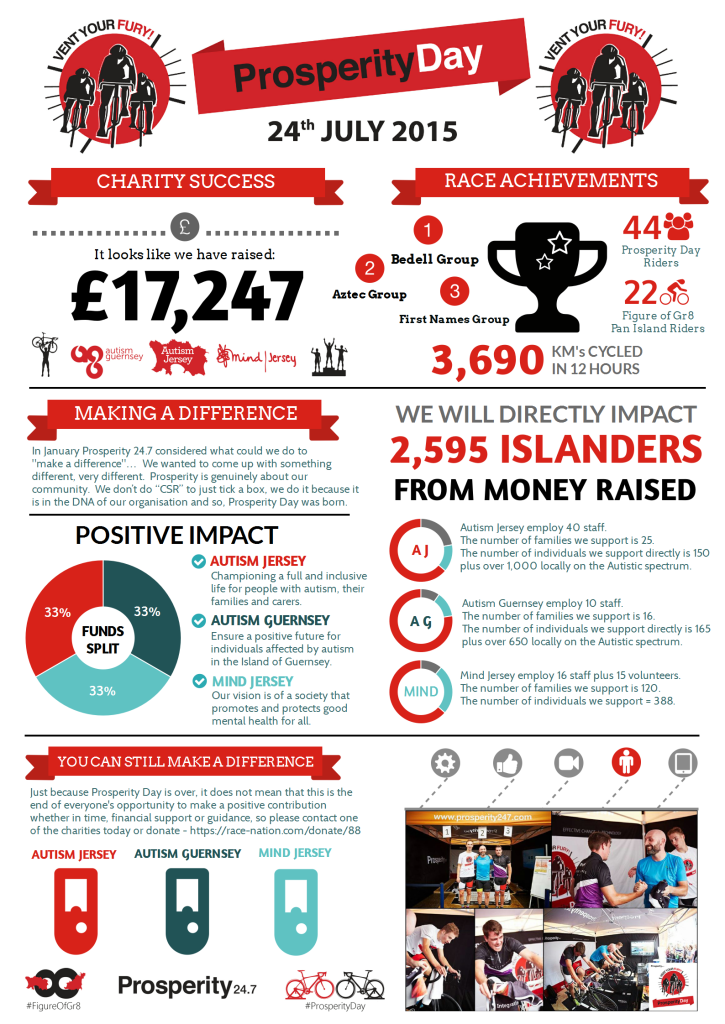