Jason Roberts, a CRM Consultant at Prosperity 24.7 jumped out of a plane for charity on 24th June 2015. It took him 6 attempts; although this wasn’t because he was scared! Five previous attempts were postponed due to the inclement weather in Jersey over the last few months.

Prosperity 24.7 wholly supported Jason in his quest to test his nerve, whilst supporting his chosen charity. Prosperity 24.7 not only provided Jason with encouragement and the time off work for his attempts, they also significantly boosted his sponsorship – enabling Jason to reach a healthy donation of £750.

Jason, before his skydive, commented “I have chosen the Jersey Heart Support Group as my charity of choice as I have been indirectly affected by heart problems with family and friends. Having somebody close to you with a heart problem is a terrible thing, and feeling helpless is even worse. I wanted to support a local charity and decided to give the JHSG a helping hand due to the fantastic work they do.

Knowing I will be making a difference for someone with a heart condition, no matter how big or small, gives me a huge sense of pride and satisfaction.

A tandem skydive would be a huge accomplishment for me and even more importantly I will be helping a cause I believe in.” 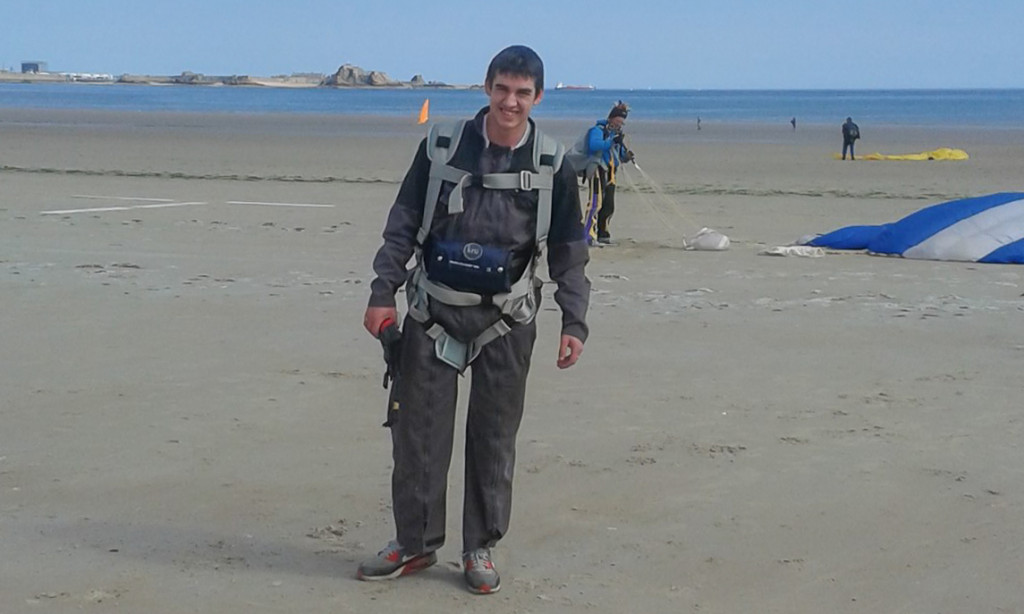 Jason throughly enjoyed the experience and the fantastic views of the Island on his descent. He described the free fall speed as being “much faster than expected” and felt a sense of relief once the parachute had opened!

Prosperity 24.7 are proud of Jason’s achievement and continue to actively support their employees who wish to take part in charitable acts.