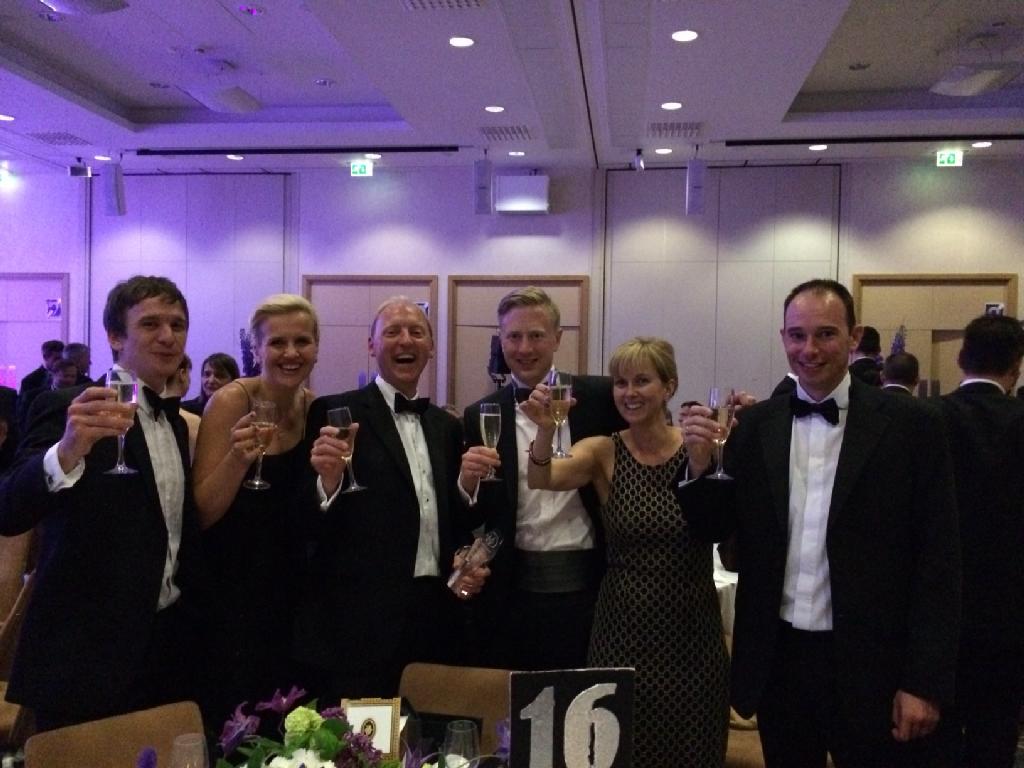 On Friday, 16th May 2014, Chris Clark, CEO of Prosperity 24.7 was presented the IoD Director of the Year Award for a Medium sized Enterprise by the Jersey Branch of the Institute of Directors and Gyles Brandreth.

What the judges of the IoD Jersey Branch said: “In three years, a really short space of time, Chris has built Prosperity 24.7 from just an idea to a player on the island’s stage.  A tireless leader, Chris’s enthusiasm and drive really shone through”.

Upon receiving the unexpected award, Chris Clark stated “this is incredible for the team at Prosperity 24.7. I am fortunate tonight to be the person receiving the award but I could not have achieved anything if it were not for the support I receive from my Co-Director’s Simon and Geraldine as well as the fantastic team that we have managed to pull together in just three years. As the IoD Judges state, in three years we have grown from a concept into the third largest IT provider in the Channel Islands. If our International growth continues as expected, we should become well known Internationally very soon…”

The 2014 awards, sponsored by Appleby and JT, culminated in a celebration of excellence, innovation and best practice in Jersey business in an evening hosted by writer, broadcaster, former MP and one of Jersey’s favourite after dinner speakers, Gyles Brandreth. The awards recognise unsung heroes and heroines from all areas of the economy – private, public and third sectors.

The past three years have seen winners of the IoD Jersey branch’s Director of the Year award (DotY) go on to win their category in the IoD UK awards let’s wait and see how Chris Clark and Prosperity 24.7 get on (with fingers crossed!)