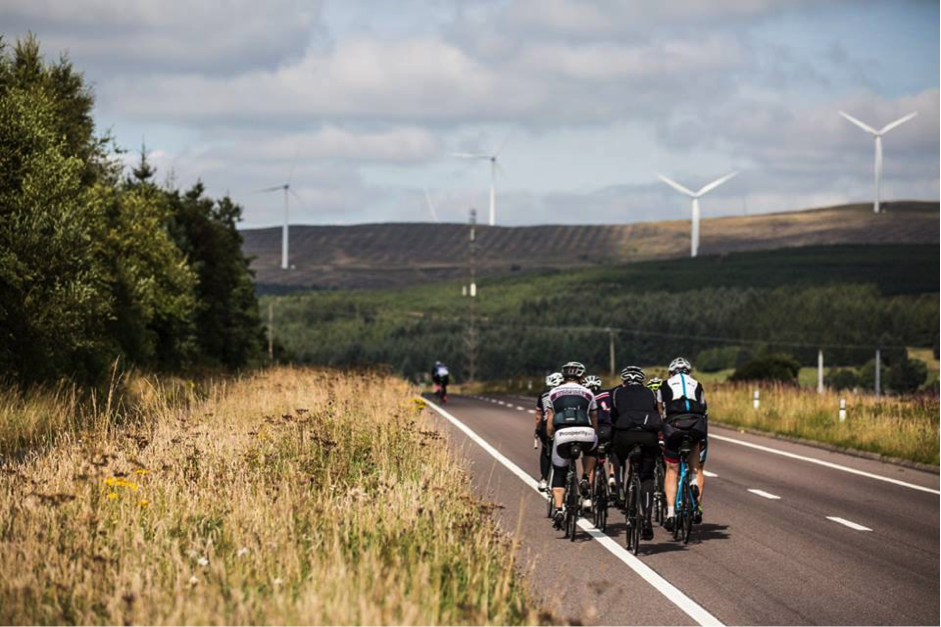 Whilst the majority of people like a relaxing few weeks for their summer holiday Rob Vaudin elected for something different this year. 10 years ago Rob finished treatment for cancer and decided that if he was still around 10 years from now he would mark the date. Thankfully Rob fully recovered and being a cycle fanatic decided that the ride from Land’s End to John O’Groats would be a good way to mark the occasion. A mere 969 miles with 59,000ft of climbing to test the skills of any cyclist.

Last year Rob signed up for the 2015 Deloitte Ride Across Britain, early enough to be granted rider number 0001!! A year of following a training plan ensued. Rob stated that “this wasn’t too bad as I tend to cycle to work each day anyway. It did however mean giving up large amounts of family time at weekends to ensure I built up the training hours”

“All too soon” the date arrived and Rob, his baggage and bike arrived at Land’s End with 800 fellow riders looking to make the journey as well. The Deloitte Ride Across Britain is a fully organised trip with campsites and facilities to help cyclists achieve their goal. All Rob had to do was get up and ride the course for the next 9 days!

Bar several punctures and a slightly swollen achilles tendon Rob completed the trip at a reasonable pace and without incident. Rob passed some fantastic scenery along the route. Rob explained that “it is a truly unique way to see Great Britain and fantastic to see the countryside at a slower pace rather than zooming up a motorway”. Prosperity 24.7 were proud to sponsor Rob and were delighted that he achieved his goal.

Rob’s highlights were riding up Cheddar Gorge, Shap Fell and the Highlands of Scotland. Rob, as a Guernsey resident, admitted that “it was nice to be able to ride 100+ miles without going around in a circle!” 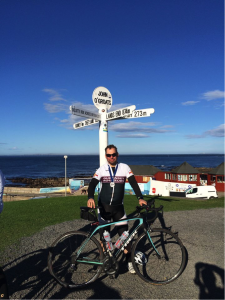 Entries are now open for 2016 and whilst Rob may not be signing up again would recommend anyone to give it a go. More details can be found at http://www.rideacrossbritain.com.