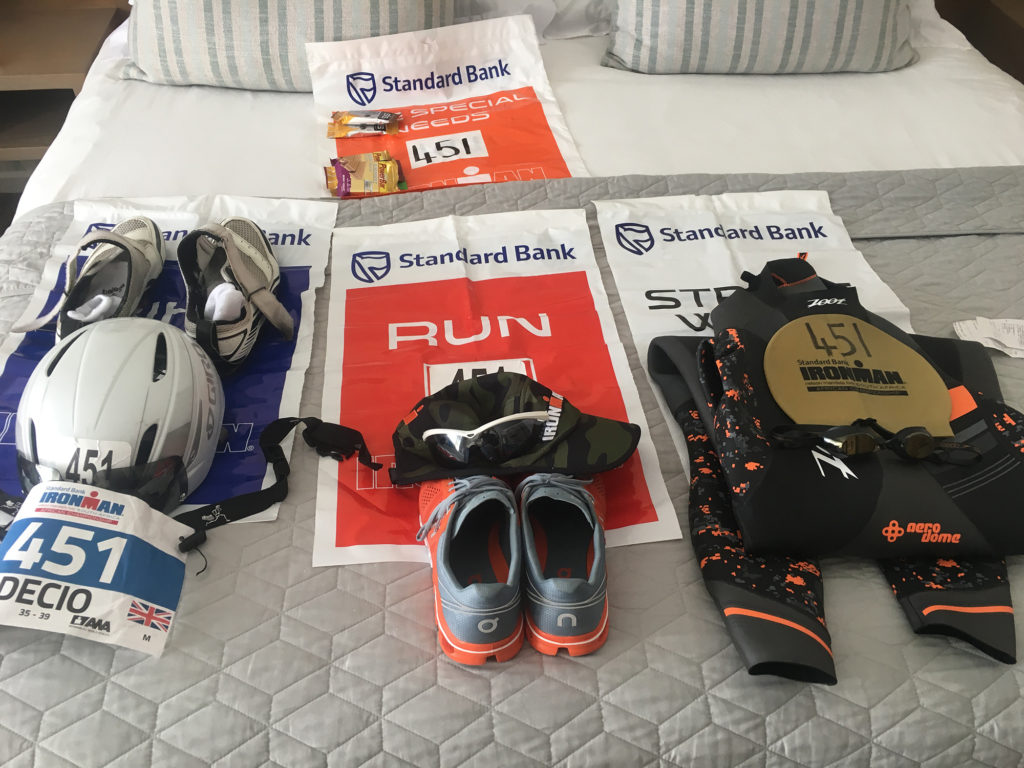 Prosperity 24.7 have agreed to support our very own IRONMAN – Decio Ferreira – for the 2018 season.

The first event has seen Decio compete and complete the South African IRONMAN. This event has been a favourite on the European race circuit for over a decade.

What was the South African IRONMAN race made up of…?

For Decio the day began with a one-lap, 3.8km swim course on Hobie Beach. Athletes headed out parallel from the pier, then turned left after 300 meters. The course then went past Humewood Beach all the way to Kings Beach before turning and heading back towards Hobie Beach. The water temperature was in the mid-70’s and the sea was relatively calm (apart from the other competitors!)

The bike course took Decio out on two flat, fast laps of 90 km (honestly!) on one of the most spectacular bike courses on the IRONMAN circuit. The route took him along the coast at Marine Drive, delivering sweeping views of the ocean and the rugged coastline along a marine protected area, before moving slightly inland at Seaview on an undulating scenic countryside section.  Decio returned along the coast to the transition area to start then start his run.

The run course brought Decio closer to fans and friends more than ever thanks to four loops along Marine Drive and the event’s famous crowds of 80 000-plus spectators screamed support to all the competitors (but especially our Decio (we think)) as he finished the race in 13 hours, 24 minutes and 20 seconds which placed him 193rd in his age group in incredibly tough conditions.

Below you can see the fanfare as Decio crosses the finish line in South Africa:

When Decio finished he said “So I finished Ironman South Africa and what a race, the wind was strong on the bike and zapped my legs. When it came to the run, for the 1st time ever I was walking outside of the feeding stations, my legs were in a bad shape, I had energy but the pain was huge! All in all I finished, when many did not – So I am incredibly happy – best of all I appeared on the big screen as I crossed the finish line which was a great end to an incredible day.

I can’t thank Louise and Miguel enough for their support, they were all over the place finding me on the run and encouraging me to keep going and of course my sponsors Freedoom Physio and Prosperity 24.7, cheers guys”.

Chris Clark, CEO of Prosperity 24.7 said “it is simply phenomenal to see what Decio has achieved recently in South Africa, the conditions were harsh but his tenacity and dedication shone through. We look forward to continuing to support Decio throughout the year and beyond as we see him participate in events both locally and Internationally. We are actually considering challenging Decio to a triathlon with three of our team racing the various stages against him. …For some reason our colleagues seems to be more shy than normal in coming forward to compete – tough given that they will be racing against a local legend!”