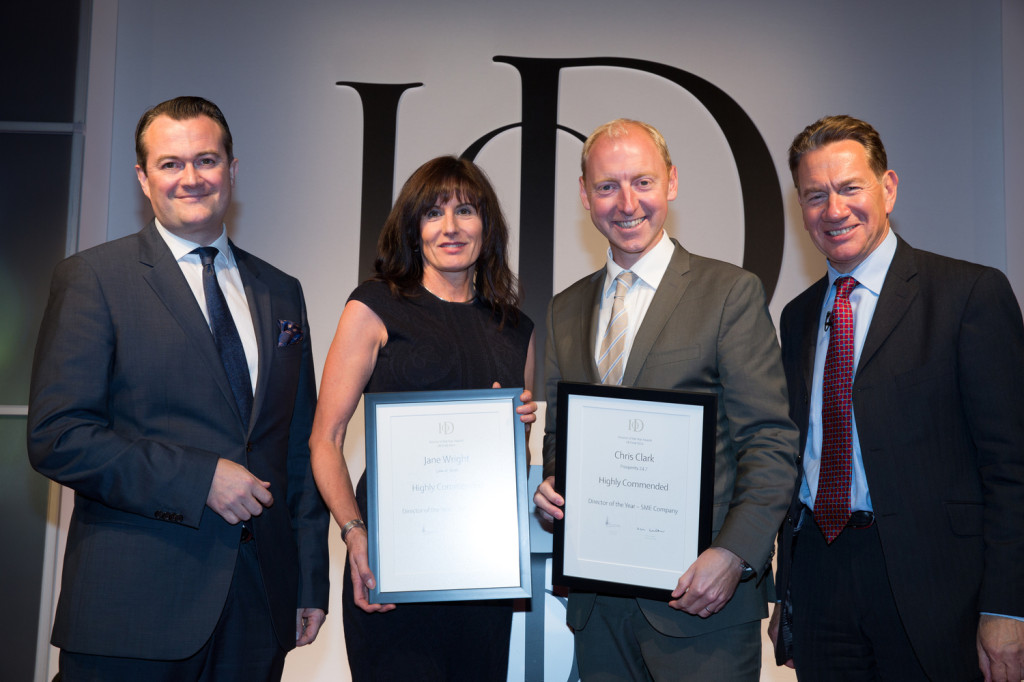 Chris Clark recently secured a hat-trick in 2014 by winning a Highly Commended Award at the UK IoD Director of the Year Awards, securing further National and International recognition for Prosperity 24.7, the fastest growing business in the Channel Islands.

At a spectacular gala dinner at London’s Lancaster Hotel, the IoD Director of the Year Awards #IoDdoya celebrated directors at the forefront of leadership excellence. As businesses are starting to recover from a challenging period, outstanding growth and achievement ought to be recognised and celebrated which indeed it was on Friday 24th October, 2014 hosted by Michael Portillo and the UK IoD team.

A group of Jersey companies were represented by their Executive Directors including Grainville School who’s Headteacher, John McGuinness, won the Public/Third Sector Director of the Year Award which was loudly celebrated by all those attending from Jersey.

Most others from Jersey were not so fortunate as the event continued to favour UK organisations, given the National competition, however, when it came to Director of the Year Award (Small and Medium Company), which had the greatest number of shortlisted participants from all across the UK, we could not believe it when the first name announced was that of our Chief Executive, Chris Clark who was Highly Commended for his work growing Prosperity 24.7 in just over three years from creation to the third largest IT and Business Consultancy in the Channel Islands. Prosperity 24.7 is recognised as the company to do business with in the Channel Islands for organisations looking to receive pragmatic, honest advice regarding not only for IT services but also best practice in Business Excellence. This award provides further validation that the way that the company conducts itself regarding the execution of operational strategy, leadership, management and control is very much at the forefront of any business in the UK which is an accolade indeed. 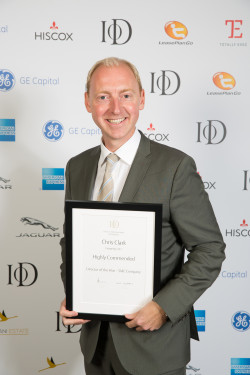 Upon receiving the award Chris elaborated “running a high growth business is never easy, you have to make some incredibly tough decisions at times which could have a detrimental impact on the team, our morale, our business and thus our International clients. I would like to think that this award acknowledges that we have demonstrated absolute management control of the business that is Prosperity 24.7, ensuring its integrity, security and growth through a structured programme of investment in our greatest asset, our people and the logical diversification not only in the services we provide but to whom they are provided to. I am so proud of what we have achieved across the entire business, the team should be overjoyed, I am so grateful to be able to collect this award on behalf of everyone at Prosperity 24.7, I am truly chuffed!”

When asked “what comes next?” Chris smiles and simply advises “we have already made a significant investment to line 2015 up to be our greatest year. Our geographical diversification strategy will commence backed up by an incredibly robust book of large projects that are already either under way or scheduled to commence during Q1 2015. There is a level of confidence in the local market that we have not seen over the last three and a half years, this confidence is enabling us to further realise our aspirations to deliver excellence in the pragmatic advice we are fortunate enough to provide to our simply brilliant clients internationally”. He continued “to celebrate the exceptional year we have had during 2014, not only securing three awards but by exceeding our financial target for the year end by this point in 2014, we will be having a superb Christmas party to say thank you to all our clients who have made such a positive contribution to our business which in turn has enabled us to help their prosperity”.

For further information regarding how Prosperity 24.7 can help you to become an award winning, high performing company, please don’t hesitate to contact either Chris Clark directly – chris.clark@prosperity247.com or alternatively the team at – enquiries@prosperity247.com